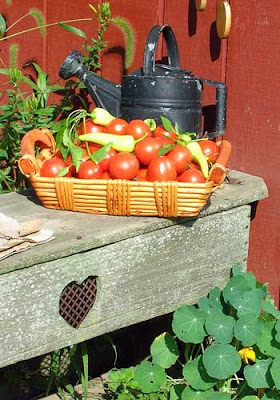 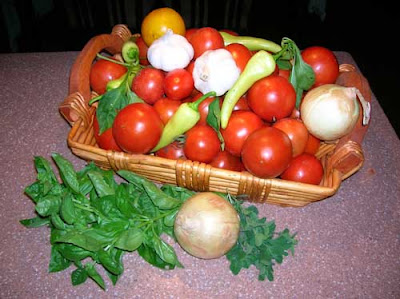 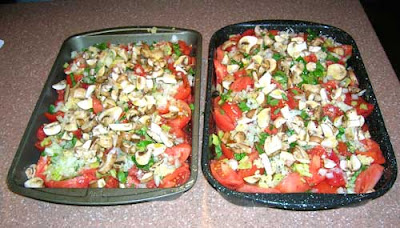 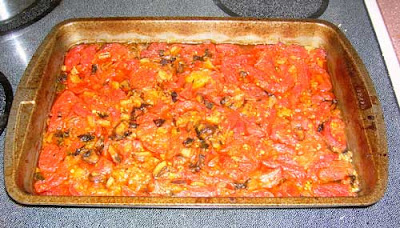 Next year, I'll be doing this all summer and we'll be well stocked! Sorry to tell you if you have received some of our overabundance this year you should not be expecting it next year!
Posted by Maryanne at 11:02 AM

Would it work to put it all in a food processor after it is cooked? I don't like chunks of tomato! lol This recipe sounds awesome though!

Sure. I sometimes hit the sauce with a stick blender. It changes the texture so it is more like a regular sauce, makes it sort of "creamy." (My son doesn't like the big pieces of tomato either, but I like it right out of the oven.)