We've been really lucky this year with a lot of media coverage for Frog Hollow Evergreens, our Christmas tree farm.

It started with an article in our morning paper the morning before Thanksgiving. A reporter had called me the evening before and I just tossed off the line about how we avoid haggling price by keeping our pricing simple. Bob brought the Paper home on Weds. and I was surprised to see my quote starting off the article!

Another reporter had called me earlier in the day and asked many, many questions. I kept checking the papers because I hadn't remembered to ask what paper it would be in - datewise. As it turned out, he was from our Sunday paper and that interview resulted in this article.

The first article attracted the attention of a couple of TV stations! First, our cable service has its own channel and they came out on Weds. evening. They did a cute little bit with the footage they shot on their evening news.

Then, the local FOX channel was scheduled to come out on Saturday which, as a result of the newspaper was crazy busy - although it is usually pretty insane Thanksgiving weekend. They had to cancel, but said they'd be here Sunday. I was shocked that they did show up in on Sunday since it was raining all day and we had only a few very hardy customers. We did an interview in the drizzle on Tina's deck, overlooking the trees. Again they showed a clip that evening on their news broadcast. I thought I wasn't identified, but a couple of friends have let me know they saw it, so I guess I was... I'll have to watch the tape again.

it was amazing the amount of footage that is shot for a 10-20 second bit!
Posted by Maryanne at 8:45 AM No comments:

Of course the first snowfall of the year is news. It's beautiful and exciting. I'm sure if there is a lot of this this winter, it will become boring and depressing, but for now... it's great!

This morning, I woke to a surprise dusting and, after talking to Tina, we decided to take Molly to school in the Rav - it is wonderful in snow. Her school is in our old neighborhood and after dropping her off, we stopped to snap a couple of pictures: 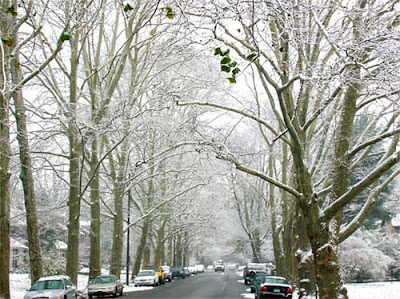 This is State Street in Lancaster and it is tree lined and shady in the summer... In the winter, it becomes a snow dusted fairy land! 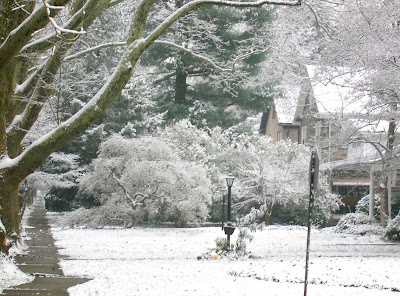 Here is the yard of just one corner house. There are so many shrubs and big old trees in this area and when the snow hits.... they're just beautiful.

I was just outside a couple of days ago, photographing the last of the leaves on the trees and a couple of late blooming roses... It's always amazing to me how things change so quickly.
Posted by Maryanne at 9:10 PM 2 comments:

I've been busy the past few days. I had some orders to get done and while I was at it. I thought I'd better put some bracelets together for the shop and bracelet page of the Torchsong website.

This one is Robin's Nests: 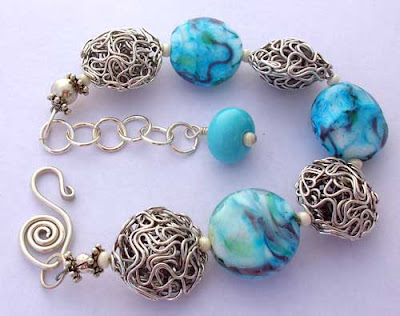 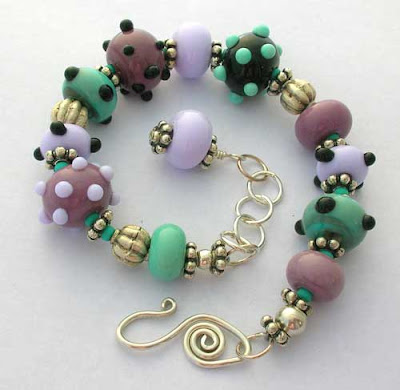 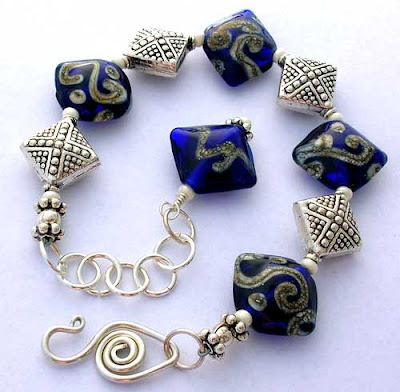 Lights in the Forest: 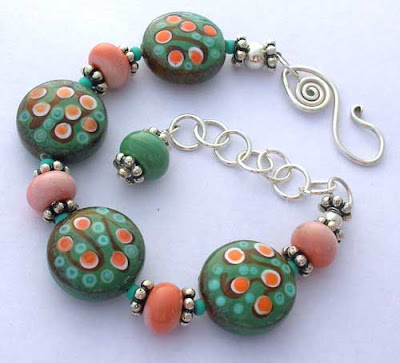 The last three haven't gone up on the Web yet, but here they are... 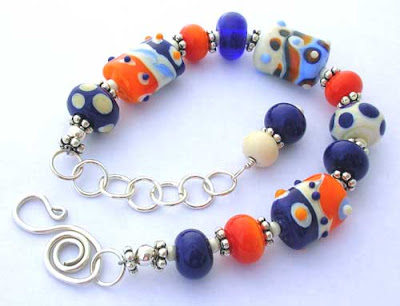 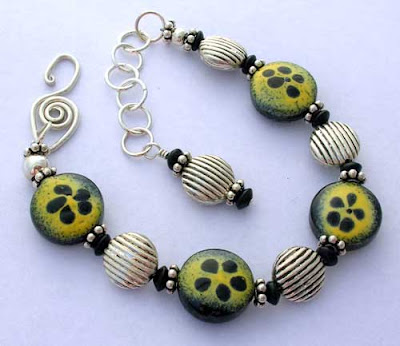 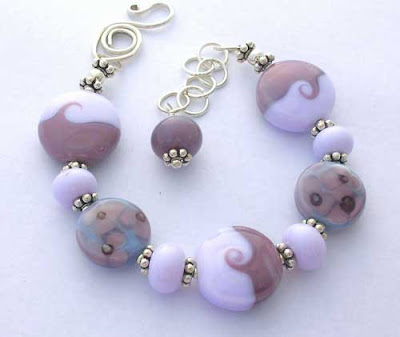 Posted by Maryanne at 4:19 PM No comments:

We stopped over at the post office in Mount Joy the other day, noticed these plants and realized we have no idea what we found: 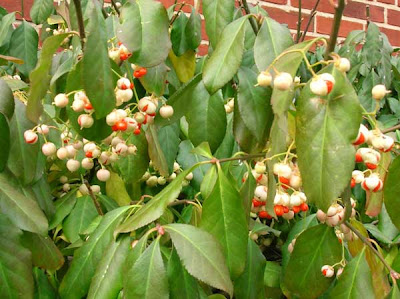 Before the brash, gaudy orange parts push through, this is what the berries look like - pale, demure, blush pink.... 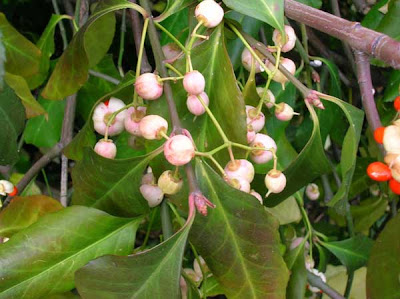 And then, the orange part pokes out ... Here's a close up. 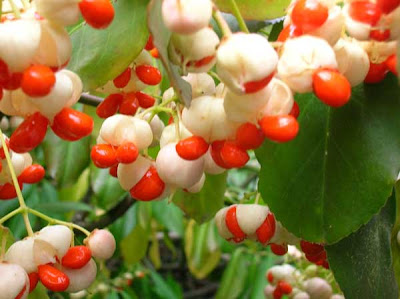 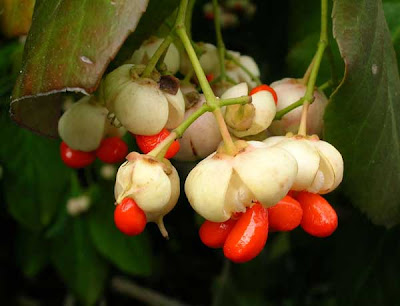 If you know what these are, I'd love to know!
Posted by Maryanne at 10:59 AM No comments: