Signs of Spring - and beads

In February, we're always looking for signs of spring around here. This picture shows a few of them. 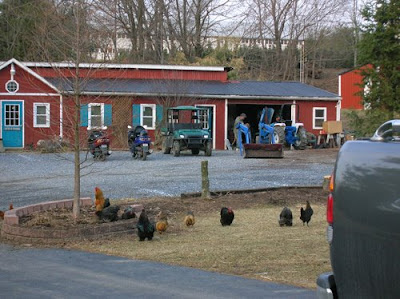 First, you can see two scooters parked in front of the shop. We had a little break and the temp actually got up to the 60's over the weekend and the guys immediately got the scooters out and went on a short excursion.

Then, there's Bob working on the tractor, getting things ready to go as soon as there's a real break

And, of course, there are the chickens... They're traveling in packs now. Little harems. Lots of squawking and chasing going on, so I guess they believe winter is soon coming to an end!

While we're waiting, I've been getting in some torch time. Mostly I'm working on a large project that I'll be revealing in a couple of months(!) But, I am getting a few things done here and there and doing a bit of experimentation.

I haven't made any "nebula beads" recently and I love them. Everyone who sees them seems to love them too as they disappear almost as soon as I make them! 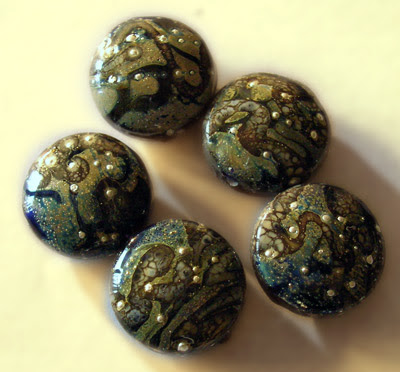 And then, this is an interesting little collection that has grown through various experiements with new colors and techniques as well as a couple older ones. The beads were all together and I realized they would make a great set/bracelet just as they are. 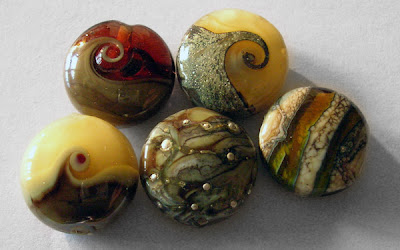 I'll be making the bracelets up soon and getting a bunch of stuff up on the web site as well as probably taking some to Radiance in Lancaster.
Posted by Maryanne at 8:19 AM