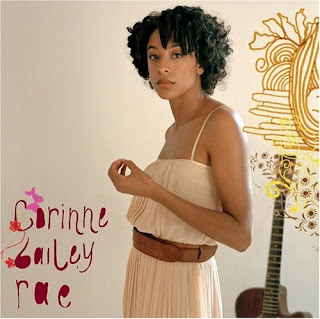 My son is unimpressed with my choices in music because mostly I listen to "oldies" for the transporting qualities - you know, back to "the day". He has tried often to find "new" stuff that I would appreciate and I certainly appreciate his efforts, but nothing really "gets" to me the way the old stuff does - until this.

Corrinne Bailey Rae! I don't think I've been this fascinated with a new singer for a long time. There's something about the tone of her voice and the apparently effortless way she presents herself.

Check out some of her Utube clips: Put Your Records On or Like a Star or Trouble Sleeping

I just love the langorous mood of her music. I often feel the same way about glass when I'm melting it or when I'm really in the groove and the stringer or design is just flowing perfectly.

Also, on Friday, an article about Lancaster County Soapworks was published in our local newspaper. If you are interested, you can read the article here. We were pretty pleased with it. We had been interviewed a week or so before and knew when it was scheduled to come out.

While the reporter was waiting in line with her children for a balloon sculpture at the Farm Show, her husband had purchased a sniffing jar from us and suggested she write an article about us.

She asked us a question or two and we (Tina & I) were off! We can't seem to shut up once we get started! She looked like she was watching a humorous ping pong match, but she did manage to get most of the facts straight (she's GOOD!) The only thing that was off was that we actually began making and selling soap back around 1992-93, while we were still The Herb Basket/Twisted Sisters.
Posted by Maryanne at 9:30 AM