As I was titling this entry, I realized I had written a very similar entry in March, 2006 about the unusually warm and early spring. This time, it's about summer hanging on seemingly forever.

When I was in elementary school, we did a play called, "The Unusual Season". I remember it well because I think it was my only starring role in a school production (I was the unusual season!) In it, the point was made that there is often an unusual season in between the regular, expected ones when odd weather occurs. I remember long ago, when we lived in our first house, mowing the yard on Thanksgiving and thinking how strange it was to still have grass to cut so late in the year. I think this is going to be another one of those years.

So, I'm looking outside and realize it's November. 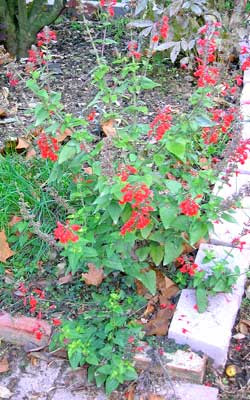 First, I saw the Pineapple Sage. Now, that's one of the last things to bloom in the fall, so it wasn't too out of place even though it was surrounded by the fallen leaves. 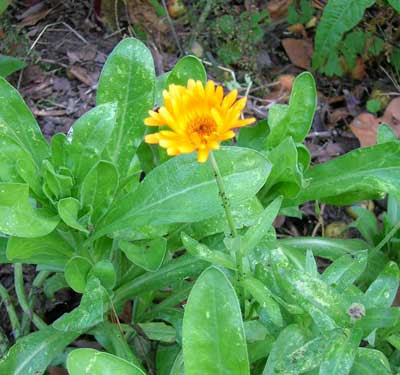 Next, I saw Calendula blooming away. I wonder if this one knew it was slated to be the herb of the year in 2008 and was hoping to hold on for some of the accolades. 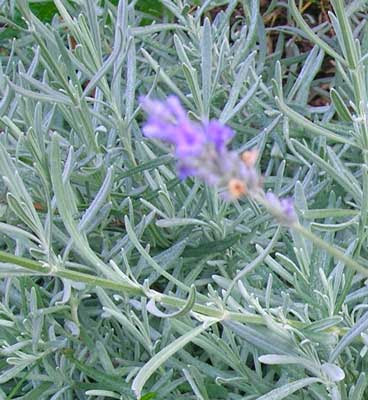 Then, I realized my lavender was STILL blooming. We were making wands with this back in May and usually by the end of summer it has faded away. Not this plant, no sirree! 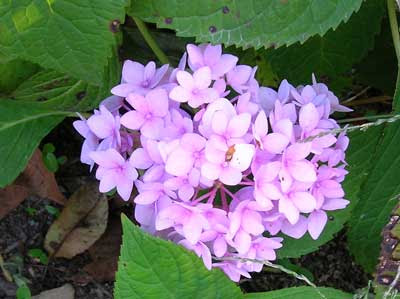 One lovely hydrangea bloom peeked out from the bottom of the plant. Most of the other blooms have faded to a brown and some to a beautiful burgundy/green combo. 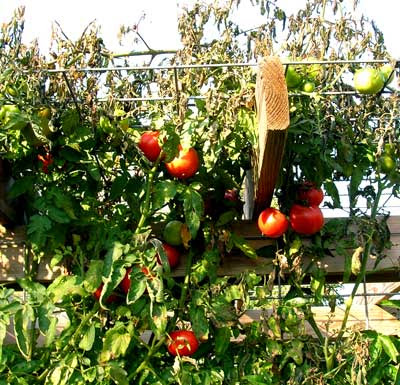 But, strangest of all are the tomatoes... still producing high on the tops of the vines. You can see where the frost has withered the vines above them, but these tomatoes are still very good. I lost my enthusiasm for them some time ago after gorging on them for weeks, but Tina tried one of them, right off the vine and was pleasantly surprised that they must have been protected somewhat by the foliage.

And, it isn't just the plants. We've been noticing baby animals that we usually expect to be born in the spring seem to be coming along right now, as we go into winter (I think!) 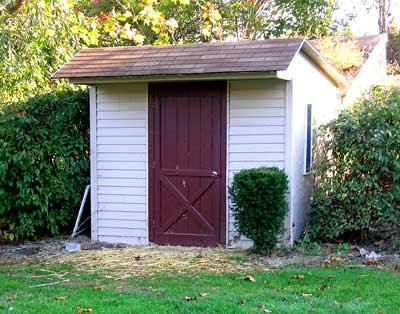 This is the "Chicken House". The door is closed because my DH decided the Polish Bantam hen who is sitting on a nest of about 20 eggs should be protected until the babies hatch. I said, "Maybe we'll have to bring them inside." But, he assured me that we have heat lights that can be installed in the "Chicken House" to keep everyone comfy and healthy.

Only last Friday, as we traveled between Philadelphia and home on the PA Turnpike, in a spot where, at twilight, deer are always along the highway feeding, we saw a tiny fawn in the group and were discussing how out of season it seemed to be.

Maybe I'm just remembering things wrong, but it certainly seems that things are out of whack. Hmmm... Global warming? Could be.
Posted by Maryanne at 9:31 AM